Florence Scovel Shinn (1871-1940) was a New Thought spiritual and metaphysical teacher and writer in the early 20th century. She is known as “The woman who introduced Louise Hay to New Thought.” Florence Scovel was born in Camden New Jersey on September 24, 1871 and was also known as Flossie. She was a talented artist and illustrator of children’s literature in books and magazines. She attended the Pennsylvania Academy of Fine Arts in Philadelphia where she met her future husband Everett Shinn, who was an artist. During their marriage, she starred in three of the plays he wrote and illustrated Lovey Mary, Mrs. Wiggs of the Cabbage Patch, and Coniston. In 1912 after fourteen years of marriage she and her husband divorced.

The divorce prompted her exploration into New Thought and she soon became a New Thought teacher. Her lectures were well attended and she gained a devoted following. As well as being a spiritual and metaphysical author, Florence Scovel Shinn can also be described as a “spiritual psychotherapist”. Over the years she saw thousands of clients in her home office where she would perform spiritual counselling. In her books she uses examples of how her clients’ lives miraculously improved when they applied her teachings.

Florence Scovel Shinn’s writing is relatable and practical giving examples from popular culture such as an analysis of Snow White and The Seven Dwarfs. The fact that she self-published her first book shows how ahead of her time she was. Her books are short and succinct, but powerful. Her writings and teaching centred on The Law of Attraction and positive thinking. Long before The Secret by Rhonda Byrne and Abraham-Hicks, there was Florence Scovel Shinn. In her books she quotes heavily from the Bible, but her use of the word “God” can be substituted with “The Universe”, “Source”, “Spirit” or “Infinite Intelligence”. Even though she wrote her books in the early 20th century, they continue to inspire people all over the world. Not much is known about Florence Scovel Shinn’s cause of death, except that she left the physical world on October 17, 1940, following an illness. 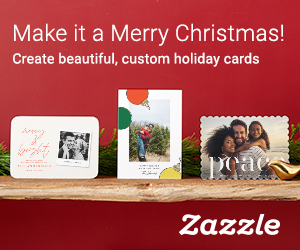 Site made with ♥ by Pamela Loveridge